My Thoughts On The Recent Unschooling Hub Bub 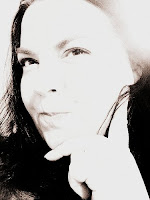 Well, Earthlings, it's been a rather hopping place out there in unschooling blog and social media land these last few weeks, but especially yesterday and today, when Good Morning America ran this alarmist, defensive and hugely biased segment. Anyone who actually unschools knows what it's like to get these sorts of questions, often, and we also know just how difficult it is to articulate and encapsulate one's entire life-way of being-the interdependence-the connection-the wholeness-the empirical-the respect-the value in everything-the constant learning--that is an unschooling family's life. As I watched this piece with my kids, both unschooled since birth, now 13 and nearly 11, we rankled at the sheer disrespect (the adultcentrism, the fear, the condescension!) shown this gracious family, in their own flipping home, no less! We were not the only ones and that is why today, GMA invited the family back for a follow-up.

Look, I get it. I know it's really scary to not only trust yourself but your child too, in this adultcentrist, kyriarchical world we live in, but really, it works. The crap editing aside, the reason the family had such a tough time justifying their life to the world is because their WHOLE life... is about learning. Try it. Explain to yourself in the mirror, how it is you learn something new. Do it well. Pretend I'm ignorant and biased and have immense fear and doubt informing my opinions about your choices.

It seems many folks took issue with the seemingly unparenting aspect of the family interviewed. I think the problem was with the editing, as I said, and not with the family, at all. (I don't know them personally, but my blog-friend Zoa does.) Just looking around at their home and their family gave me clues that this was not a family espousing home learning by way of neglect. Far from it. I do think, however, again, it comes down to just how difficult it is to articulate an entire way of living into a few sentences, especially given a defensive and threatened audience. Remember, if one is coming at this from a point of view informed only by their experiences with school, one isn't likely to readily accept how drastically different things can be, when the world is shaped from a model of freedom, rather than coercion.

Naturally, unschooling blogs and social media has been on fire since, and people are writing excellent things, and more than that, have been for ages, becasue, fyi, GMA, unschooling is not a new movement as erroneously asserted.

My blog-friend and most excellent unschooling mom, Tiffany wrote her response here.

Recently Heather, writer of SwissArmyWife, had two posts in particular that I want to make out with, one on schools and captive thinking and one on trusting your children. Her response to the GMA hub bub is here.

Then there's a new-to-me blog that is a treasure trove of unschooling wisdom, Unschooling Rules, by Clark Aldrich.

And just because I really like this article on teens, I've included it, too.

So, I did it, I represented as an unschooler and I addressed the non-journalism over at GMA. Now I'll return to my life, connect with my children (who are working on writing fiction out in the sunshine on the picnic table, their choice) and I'll make some lunch that we'll sit down to eat together. Perhaps we'll return to our discussion about learning in freedom from last evening. I'll read my children's blogs, too (learning nothing?? HA!)and I'll continue trusting, even when the world doesn't.
Posted by Amy Bradstreet at 12:30 PM