Life Learning: How I Came To Know Myself By Loving My Gray Hair

Life learning. When it happens, it often happens without us knowing it's happening. Sometimes we do things, unaware, at least at first, that there are meaningful lessons to be learned. Sometimes, we get so lost or caught up in the doings of life, that learning happens without us knowing that huge changes are coming, that knowledge and understanding about our world our ourselves is happening.

Like with my hair. Hair? Oh yes, I'm going to talk about my hair for a moment. As hair goes, I have pretty nice hair. It's what my mother called chestnut brown, fine, mostly straight and I have lots of it. I've been told it's beautiful, and usually I agree. 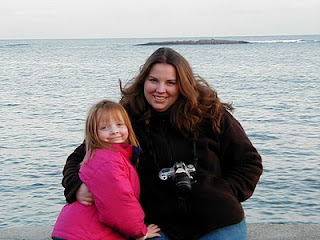 Eventually it became less chestnutty and more gray. I think I started getting some gray hairs around age thirty and every year it was a few more until my late thirties and my temples and hairline were growing in white, nearly. And I didn't mind. Not at all. Until one day I did. I thought my gray hair made me look tired and washed out. 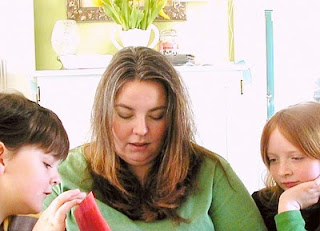 More likely it was a long winter that made me look tired and washed out. All of us look a bit like that come March or April in Maine. What I should have done is increased my vitamin D instead of reach for some hair color. Even more likely, I was wrong in my perception, uncomfortable with the changes I saw in myself. Learning that would take some time.

So about three years ago, I started down the road of coloring my hair every four weeks. Yes, it looked alright at first, and I did rather enjoy my darker, (though accidental), locks. 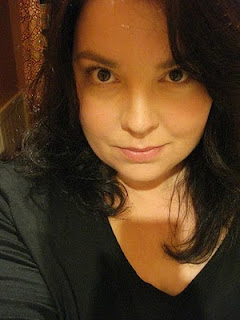 I felt a bit more modern somehow. Edgier-whatever that means? (Why I got it into my brain that edgy comes from a box of hair color, I don't know. Like Arwyn, I'll blame the kyriarchy. That, coupled with the grief, perhaps, of losing my mother and some friends along the way, too. Maybe I just wanted to feel different, since what I was feeling wasn't so great?)

It did look nice. At least it did, right after I colored it. And in the sunlight. 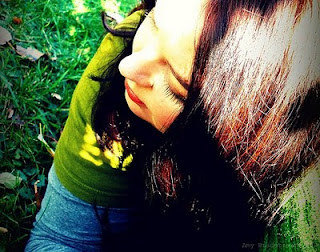 Out of the sunlight, it just looked dull and flat. 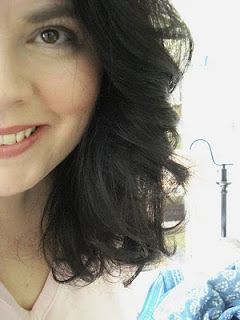 And there was always the commitment to chemicals. Then, I think as I began to get grayer, it became more difficult to color consistently. Where my gray roots were coming in, I would have lighter, now colored roots, and they were often orange. The rest of my hair just became darker with every coloring, so in order to get the roots dark enough I ended up having to color with darker shades. It became a trap and eventually, I became so self-conscious about my orangey roots. 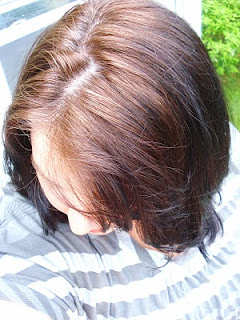 I was fed up and frustrated and annoyed. I resented the chore of coloring. I was too frugal to spend money at a salon and a salon would only have continued the cycle, while increasing the expense. I decided that wasn't for me. (Incidentally, it's no accident that I have been coming to the realization that I want my authentic hair back as I learn more about HAES (Health At Every Size) and caring for myself in a way that is not toxic, emotionally or physically. I'm feeling myself come back to me, these two years since losing my mother.)

Also, I think I read it here, first, that there comes a time that I knew I'd be done with coloring. It seems that time is this summer. I haven't colored since April and I have about two inches or silver coming in. It's not all of my hair, but my hairline and my temples are almost entirely silver. I must be done and ready to move on, because I love it. I feel free already and looking forward to further growing out the old color. I won't ever color again, I know that now. It's simply not me anymore. Learning that took a couple of years, some of it fun, (a lot of painful) most of it frustrating.

Learning to be our true selves is very hard work. It's intense, and feels uncomfortable often. I was coloring my hair, but it wasn't just about my hair. I was hiding me and who I was becoming. Being me for awhile wasn't so wonderful. Understanding that took work, in the form of reading, and support from friends and family. It took me being okay with being internal, caring for myself, excavating those thoughts and feelings, having patience and love for myself. I was still here, yes, still caring for my family and my home. But my inner light was dim and my ever darker locks proved it. Letting my gray grow out, embracing that, relishing that, is like letting my inner light shine again. Gray hair will be my crown, proof that I learned this love, this acceptance of self. It will announce to the world that I'm here, and not faded or washed out and that I'm a woman who found out who she is, a queen in her power, her knowing. I'll be silver like the moon, shining and radiant. I already am.