A Week Of Ennui: Say That Ten Times Fast

Like everyone experiences, some days are great and some others are less so on the great and more so on the meh side. Sometimes we have whole weeks that are meh. Last week was one of those weeks. There was no particular reason for this, it just simply was. Perhaps we can attribute the lack of productiveness and get-the-hell-out-of-my-own-way-impairedness to the coming full moon, but what did the moon ever do to me? Perhaps it was the humidity that contributed to my general state of ennui. 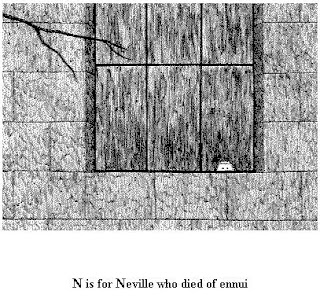 I'm more inclined to write it off and just one of those weeks. You know, the kind that feels like this: off-kilter, with lots of non-starts and dead ends? Yeah, like that. For awhile I thought about fretting over this fact, but with the ennui firmly in place, I couldn't even manage that much. Somewhere in my sea-fogged and humid brain I must have wondered what was up, surely? At least produced some mild form of angst, perhaps? And surely if I had any angst, it would have been about my lack of pizazz, the neglected house and the somewhat bored and damp kids living with me day to day? That I was somehow neglectful of everything, of self-care, or connecting with the kids and my partner, the house, the blog, my friends, the meals...all of it. That in some way, my low-energy week meant the whole world had been tipped over and forever off-kilter our lives would remain. There was that pushy, greedy, fish-wife voice of doubt creeping into my thoughts and it was beginning to unpack its bags.

By the close of the week, my ennui suppressed angst began to dissipate as I had that other voice, the gentle one, the loving voice, reminding me that days and weeks have different energies and not all days and weeks are set to a constant and steady energy high state. This is okay, that voice said. Other voices were saying the same thing. Pack your luggage, self-doubt, perspective is moving in, that voice said. Ah, perspective. The world rights itself. I began to listen to that kinder voice and slowly the sea fog began to lift. Adam, my 11 year old, so patient and perceptive, even when I felt I didn't deserve it, sought me out to spend a moment with me. He wanted to share his creation--you know, the one he made while bored and damp and neglected. I felt arms wrap around my waist last Friday afternoon and I stood amazed. See?, he said. It works like this. I was amazed because here was my son presenting me with a literal manifestation of my exact feelings. More than that, he shared with me his art, his imagination and through it I could gain perspective. He was literally showing me the way out. Had it been possible I was feeling not only dampened spirits but also self-doubt just a short time before? That I was feeling a failure at connecting with my children, that I was letting them down? How wrong I was! Clearly the connection was strong as ever and that my children possess those same gentle and loving voices, reminding them that it's okay, the world will right itself. And once righted, once perspective is gained, energies are restored, deeper connections are made, hugs are returned and small moments turn into huge ones. This is how at the end of a week of ennui and angst, I found myself amazed and delighted. Perspective gained, indeed. Posted by Amy Bradstreet at 2:29 PM