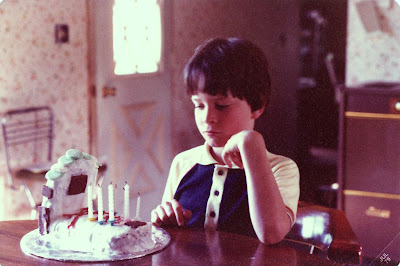 Today I'm wishing Alex a very happy 37th birthday. Did the little boy in this photo ever imagine who, where and what you've become today? Probably not. Unless you were thinking you would somehow succesfully combine these two interests into a career? (Note the Star Trek sleeping bag--no Trekkie posers are we.) 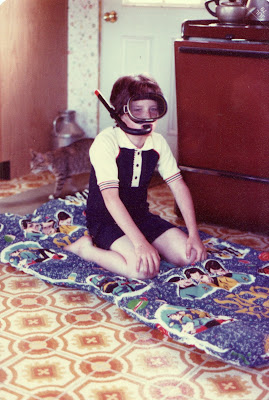 So if deep sea diving wasn't it, what did you become (besides a Trekkie, of course)? That's easy. That precious boy grew into a man who became a friend to many, joined his life with mine, became an interested, devoted, loving and kind father, who also happens to be amazing at the work he created for himself. That boy became a man who works with his hands, creates a home, comes home from the office to brew beer, tends his hops and grapes, kisses his wife, washes the dishes, rubs feet my feet (without my asking), listens, laughs long and heartily, who reads everything. He's witty, unbelievably smart, extremely sexy, generous, strong and passionate. Like Spock says, you are fascinating. You might not have known that then, back in 1979. Fascinating. It's what you've become. Happy Birthday, My Love.
Posted by Amy Bradstreet at 8:29 AM