I didn't get to a Bench Monday photo last week, but did take this belly dance version, better late than never. This weekend was busy with the party prepping as we hosted Alex's sister's 40th birthday--surprise style, with some of her friends lying in wait. We had a great time and I think she did as well. As a bonus, we awoke to a shining house and left-overs in the fridge. And I'm writing about this just now, better late than never. 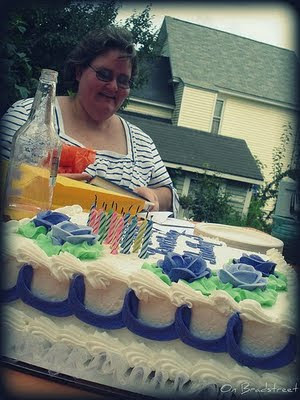 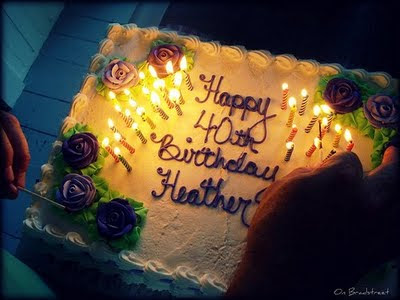 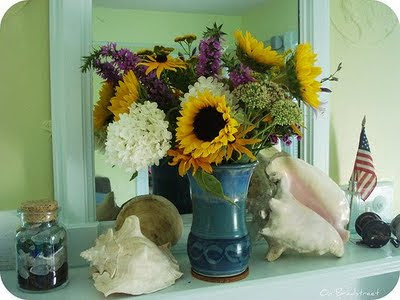 Alex took these Sunday evening. He and his parents walked down to the shore to see what Hurricane Bill was doing and found that twelve lobster traps had washed up, some containing lobsters. No, we didn't keep them. 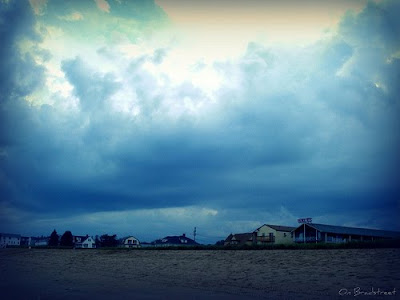 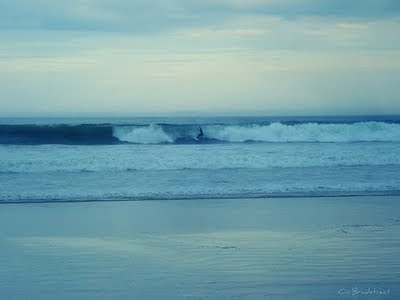 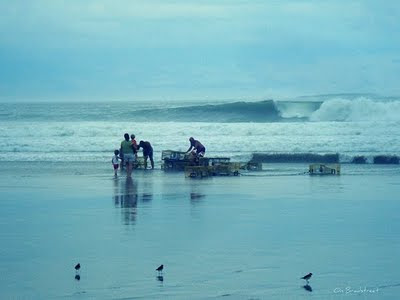 While trying very hard to be inspired enough to write this post, I got lost in the world of Awkward Family Photos. If you haven't checked out these extremely awkward and extremely hilarious submissions, well, it's better late than never.

And well, just because my brain feels like it's in a headlock, here's the Monday Music Video. I do love Imogen. Let's hope I feel more inspired later in the week, when it's better late than never.

Posted by Amy Bradstreet at 7:07 PM