Today, my father-in-law, Papa John to our kids, celebrates his 80th birthday. He was born in 1933 in the house that his grandfather built, what we know as the homestead. He jokes that as he was born just after midnight, and that his real birthday might be April 1, but that his mother wanted to spare him the stigma of being an April Fool, so April 2 it is.

On Sunday, he had asked for an Easter dinner, so we and Auntie Heather prepared one, and I baked a cake so that we could all celebrate his big day a bit early. He was meant to head here just after church, but feeling a bit empty, stopped for a sausage sandwich on the way, only after reading the Sunday paper, of course. Feeling a bit guilty, we all tucked in, having waited long enough and completely ravenous after our full day of cooking. Luckily, he was hungry again, and had a plate of food with us, (two hours later than expected) and even had room for cake. 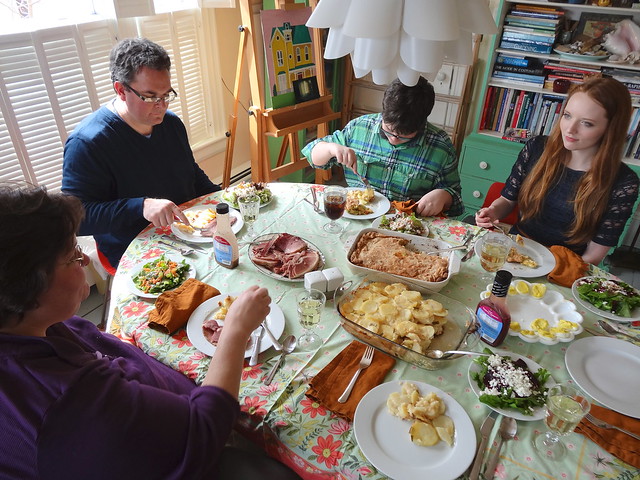 That salad, incidentally, is a favorite. It's similar to the special Farmers Market salad served at Flatbread, with arugula, beets and goat cheese with a raspberry vinaigrette, and it is so, so good.

The cake is also a favorite. It's this Tender White Cake recipe, filled with lemon curd and iced with Fannie Farmer's White Mountain Cream Frosting and shredded coconut. Since Papa John is also not a chocolate fan, like myself, I thought he'd enjoy the cake. As soon as he saw it, he said, "that's my favorite topping. My mother used to make that." Success! 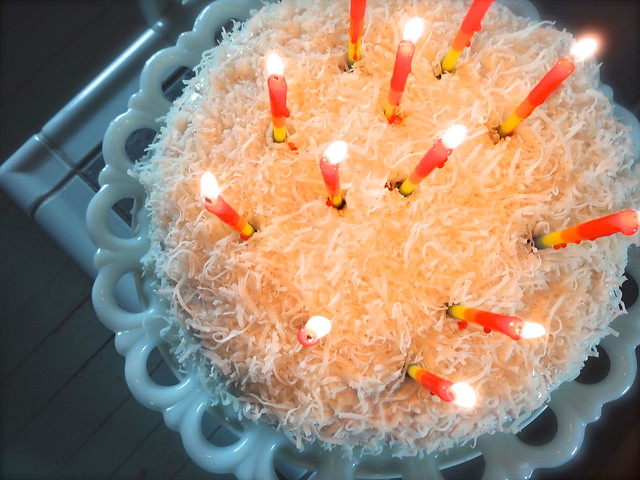 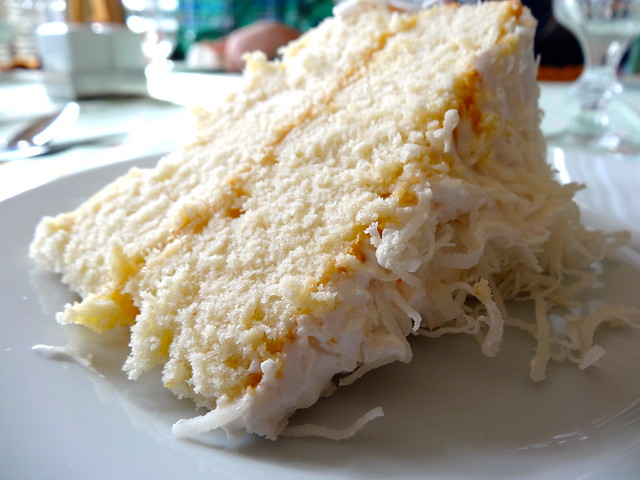 Today, he's happily reading in what has become his corner. He's been reading from our personal library and has so far, enjoyed Margaret Atwood (she writes an alright story) and now he's reading The Time Traveler's Wife (and began it by reading all the study questions at the end. The man apparently hasn't met a spoiler he didn't love.) 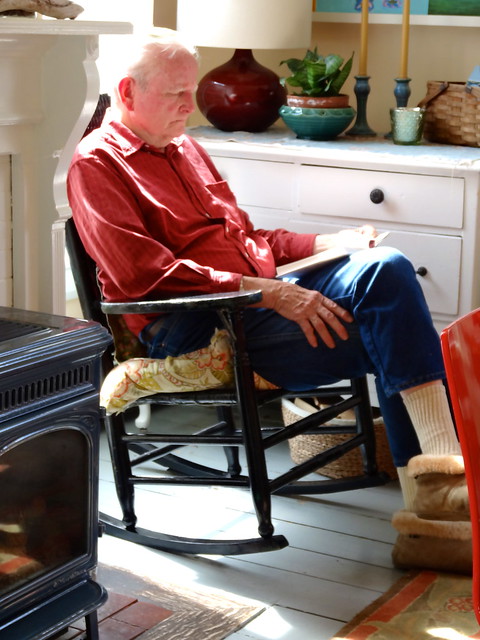 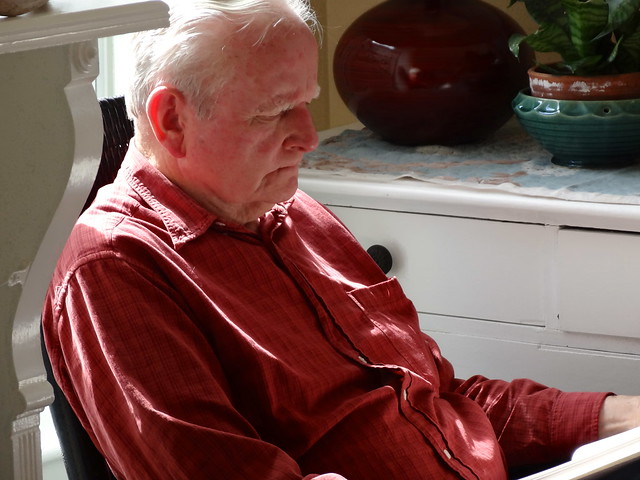 His days with us are easy and pleasant and we enjoy having him here with us. We have certainly settled into a homey routine. For instance, the kids have determined that he will get a hot cup of tea and let it go cold, at which point he'll declare, "tea's gone cold!", and he'll hop up, warm it in the microwave, and bring it to the table, where he'll repeat the cycle again in precisely 18 minutes. I think he's having us on, but the kids think he's for real.

Happy 80th Birthday, Papa John! You certainly are a character and we love you to bits.
Posted by Amy Bradstreet at 3:18 PM