Man, Mostly Harmless, Celebrates 42nd Birthday And Discovers Life, The Universe And Everything

As we referenced Douglas Adams in our wedding vows (we celebrate 20 years of marriage today!), it shouldn't come as a surprise that I would throw Alex a particularly Arthur Dent-flavored 42nd birthday party (June 19). If you happen to not be familiar with The Hitchhiker's Guide to the Galaxy, none of this will make any sense, but you should know that it is all completely hilarious.

Our geek teens, (it should also not come as a surprise that we have raised geeks), were actually the ones who started planning the party months ago, knowing that their dad only turns 42 once. (In case you don't know, the number 42 is a big deal in HGG.) So the day before we were to head to PortCon (see, GEEKS), we decorated the house while Alex went out to renew his license.

The teens and I had such fun gathering materials and designing ways to incorporate themes from the series. Adam put his graphic art skills to great use and made us all sorts of signs and labels, as well as Alex's birthday card. 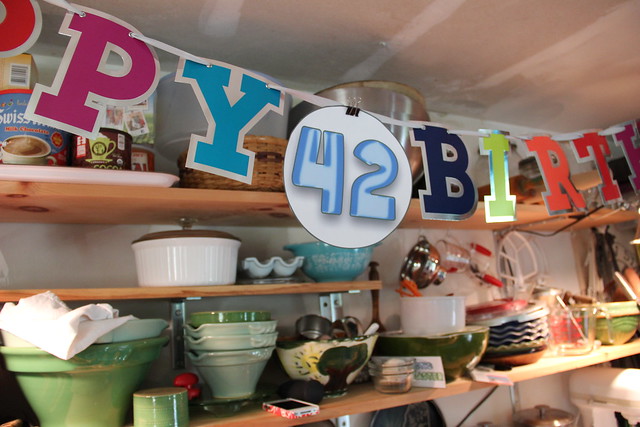 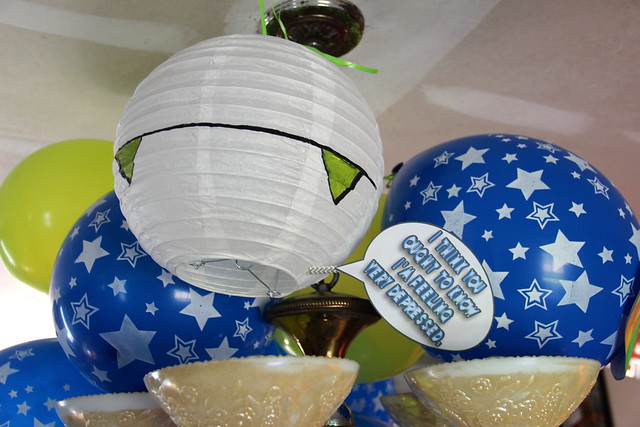 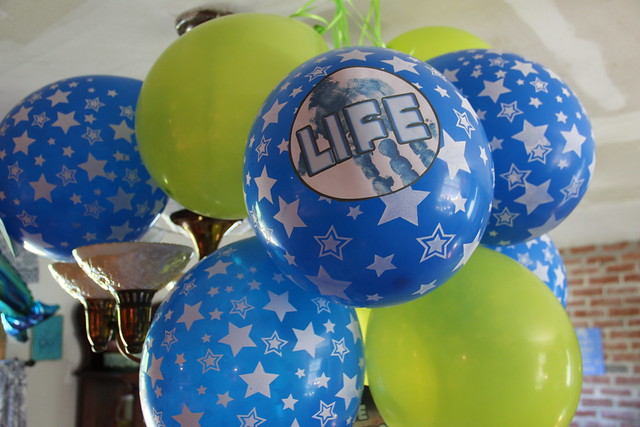 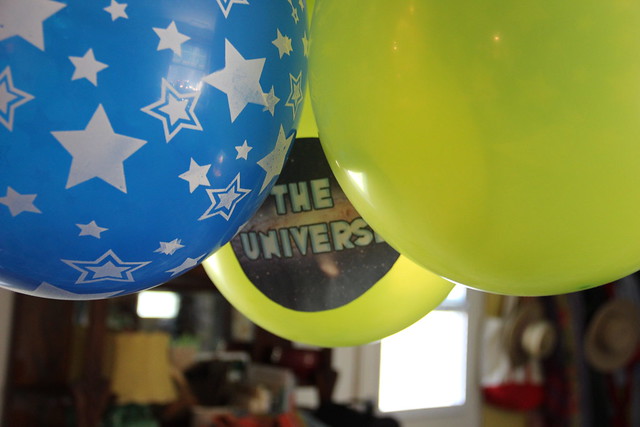 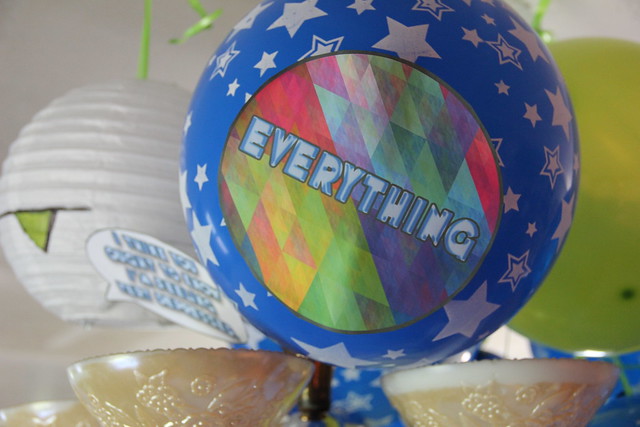 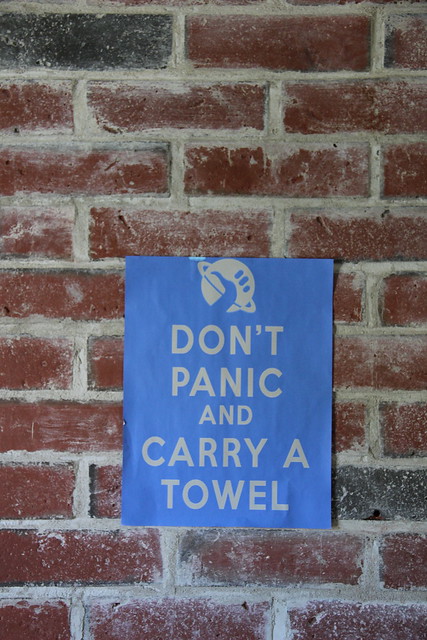 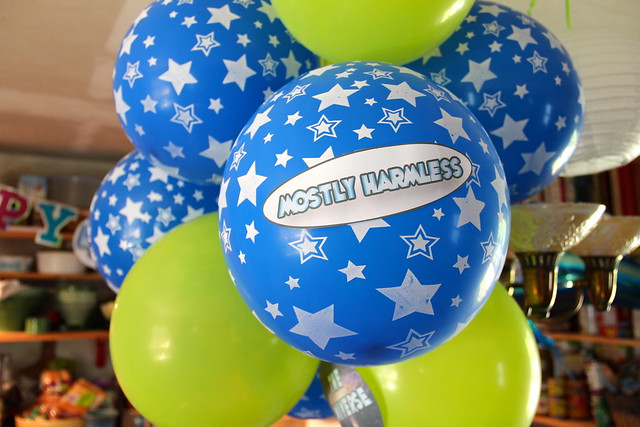 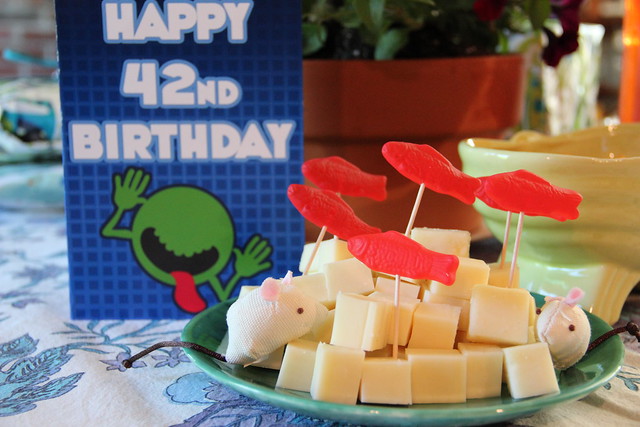 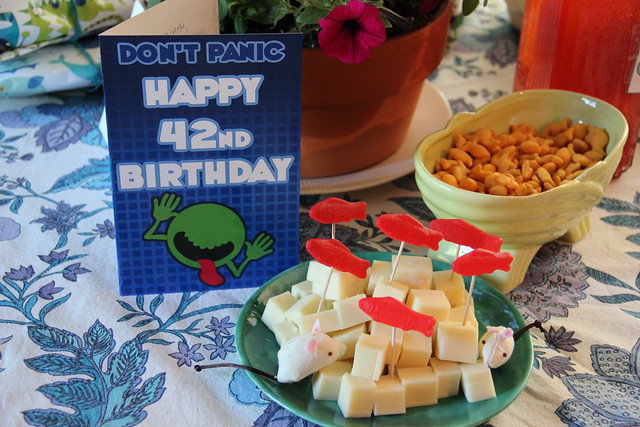 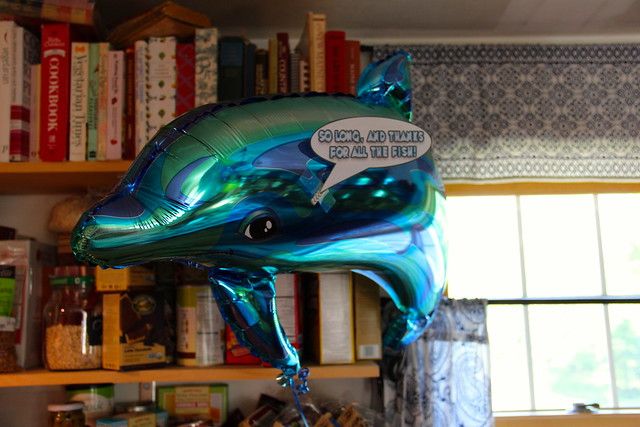 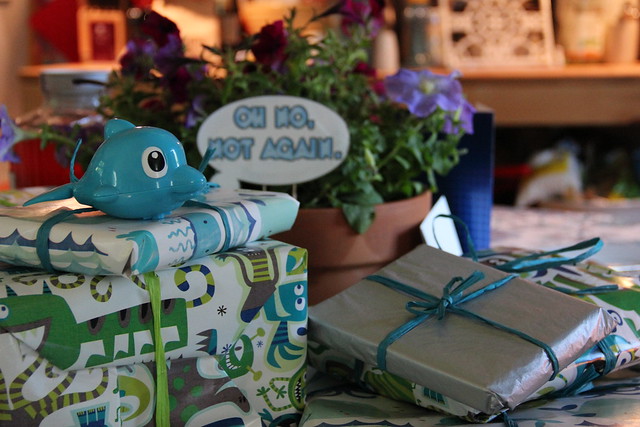 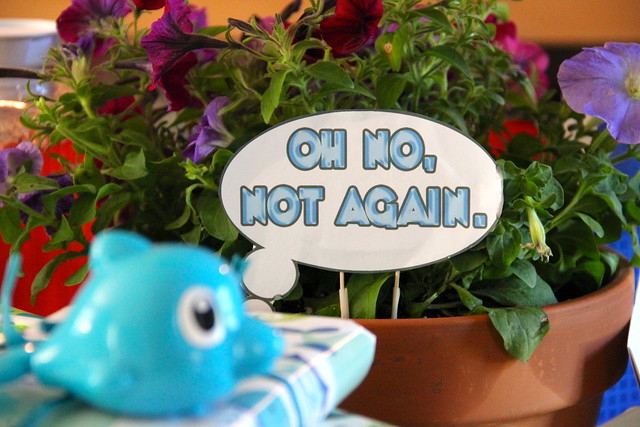 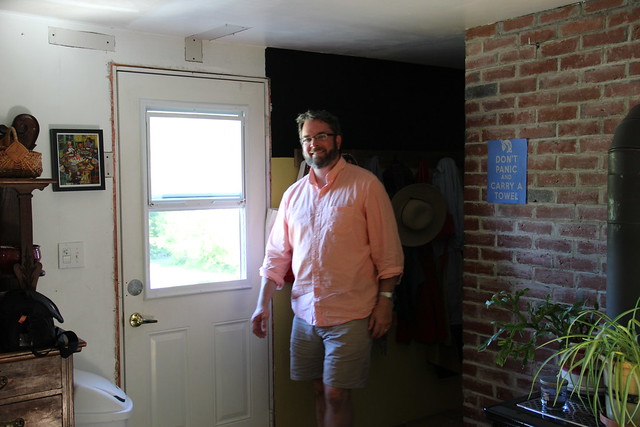 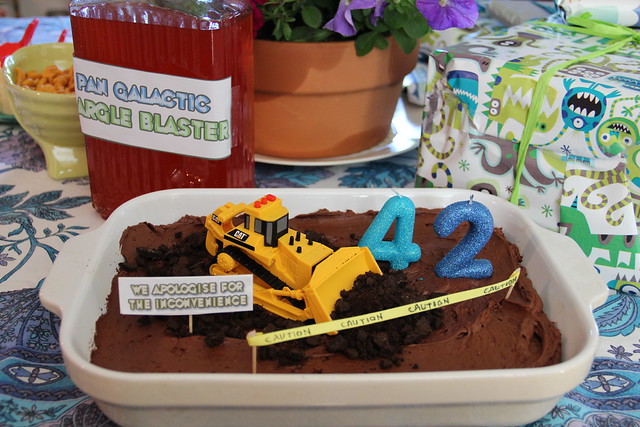 Did you remember your towel? 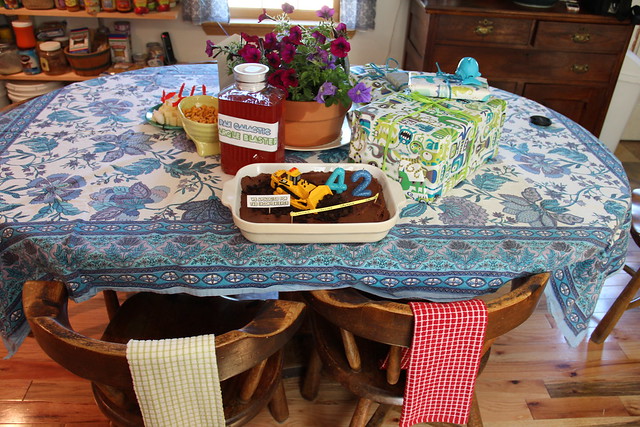 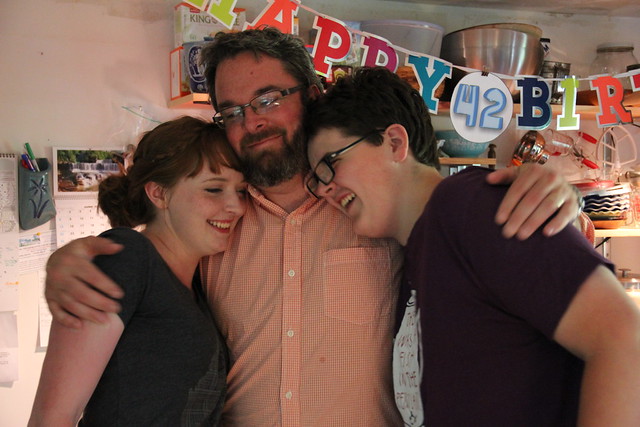 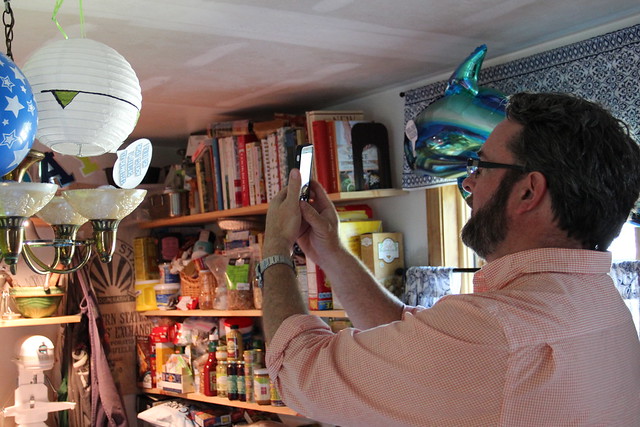 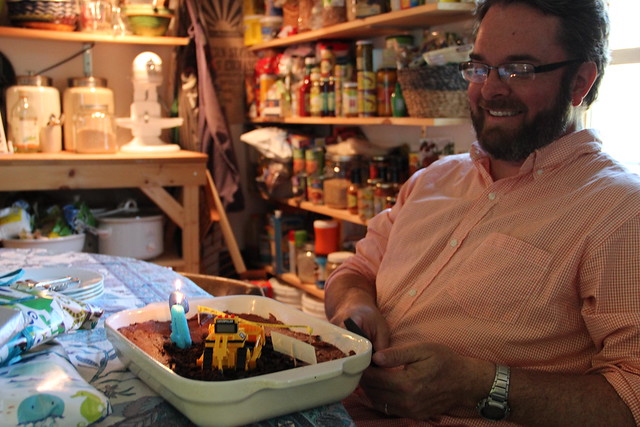 The kids and I were really pleased with the results and with how tickled Alex seemed. It's become a tradition of sorts that we are preparing for PortCon on or near Alex's birthday, and we have gotten into the habit of giving him a few particularly geeky gifts. We spent the rest of the day and evening, happily creating, embellishing costumes for the next day.

Of course Alex had to dress as Arthur Dent for PortCon. 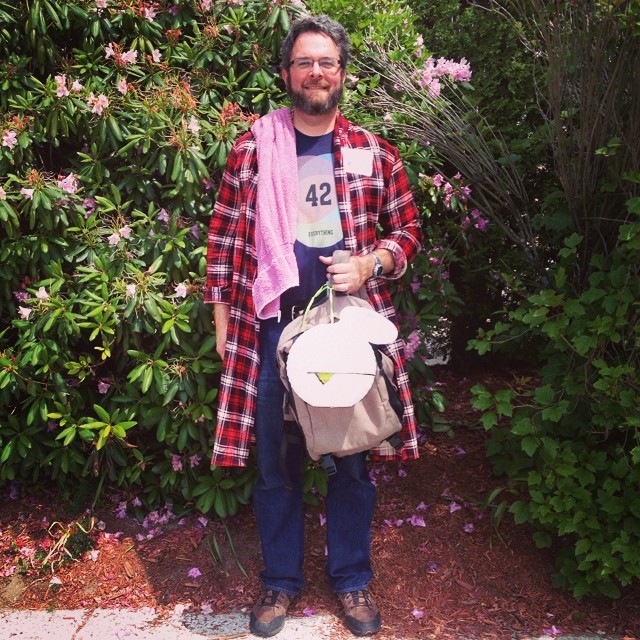 Olivia, because she's already the living copy of Princess Anna from Frozen, put together a lovely cosplay based on Anna's coronation gown. 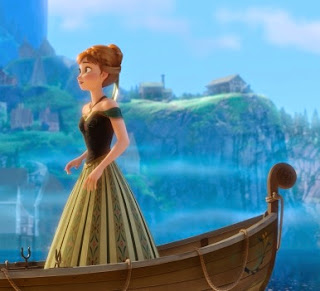 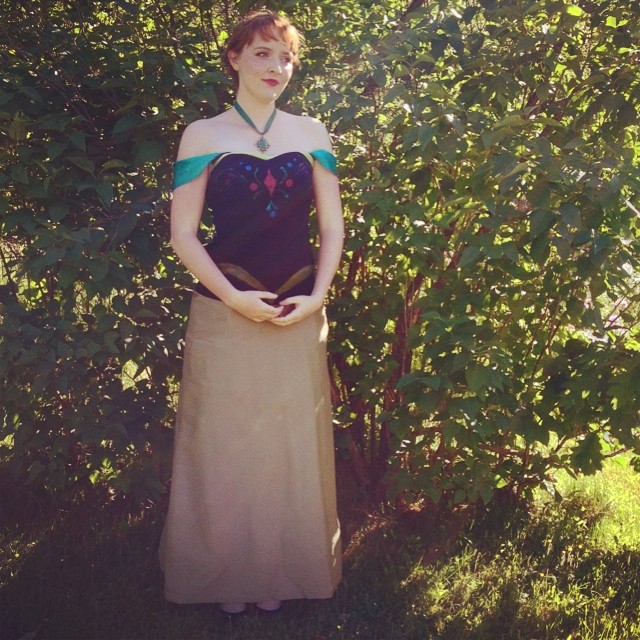 And Adam, who is 6-feet 2-inches, opted to go as Hank McCoy, aka, Beast from X-Men: Days of Future Past. He looks pretty awesome in that retro 1970's wear, don't you think? 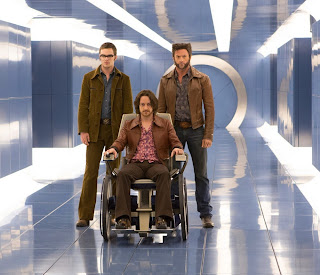 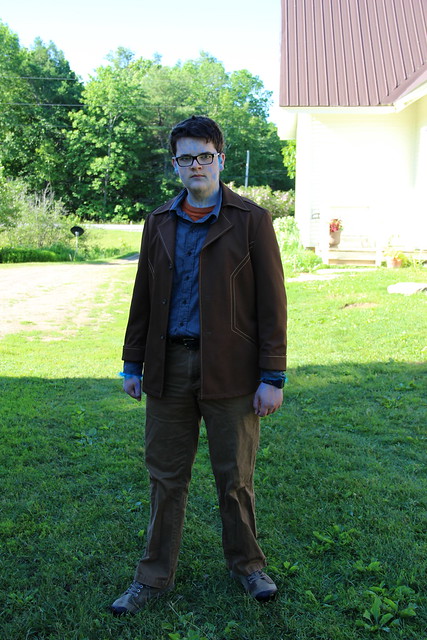 We had a good birthday weekend, celebrating together and being out as a family doing geeky things. Happy 42nd, my love!
Posted by Amy Bradstreet at 3:55 PM