The Work Begins :: Many Hands

We went up Sunday to the homestead to haul the old windows to the transfer station. On Thursday, however, we discovered the remnants of the old kitchen that had been flooded after a burglary last December, in a burn pile up in the woods, and we decided that needed remedied, too. So Alex and I went up there with the tractor and trailer and loaded up the 1970s vinyl flooring, laminate counters and old cabinets. 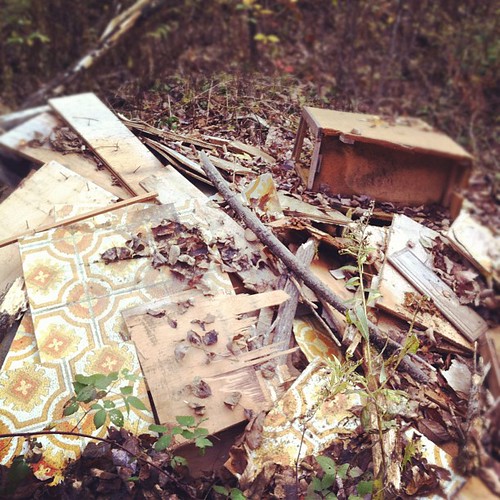 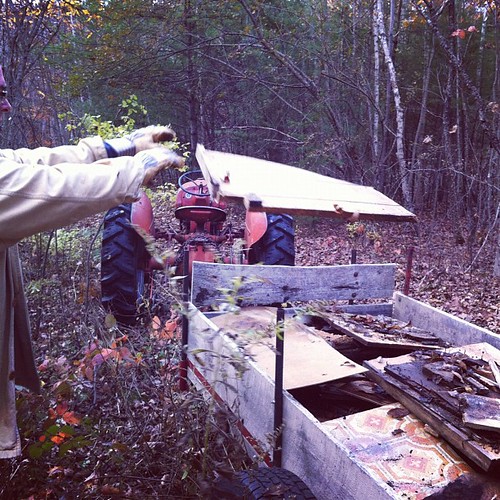 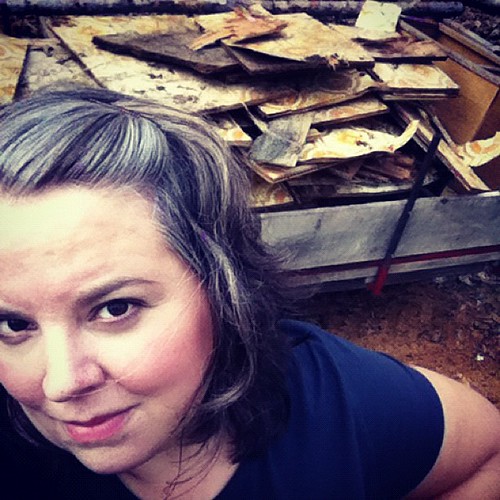 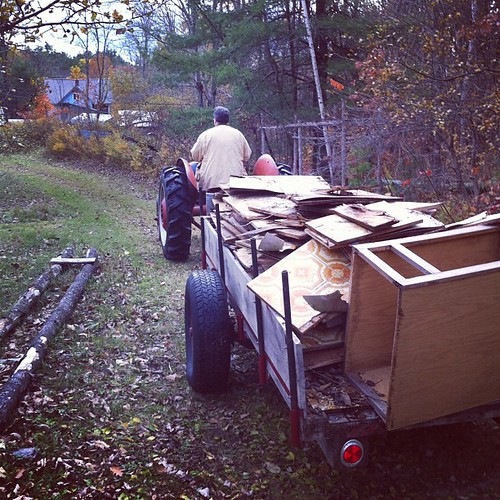 Don't worry, we saved this little guy from a dumpster. And while the burn pile, eh hem, wasn't very lovely to look at, the Bradstreet Brook certainly was beautiful on Sunday. We loaded the old casement windows onto the trailer, on top of the kitchen demo and some into the truck and then four of us carefully hauled it all off to the transfer station in the nick of time. The demo weighed in at 2,000 pounds (we literally removed a ton of crap, we joked). We even got Mom to toss in a window and I think it was symbolic of moving on and clearing out of some of the, shall we say, messes that have perhaps accumulated around the farm? Perhaps? We won't dwell on that, however. Good things are happening at the homestead and that will be our focus. The windows are looking wonderful, for instance. A farm, even one that has wound down to a couple of large home gardens and bees only, still has lots of activity, lots of projects that accumulate and more, some that get tagged with I'll get to that, later. Thirty-five years or more of life happens and plans get waylaid at times. A farm needs help. It needs support and it's near impossible to manage alone. Have a couple of curve balls thrown at you, like the break-in or knee surgeries, and then things can become overwhelming. That's when many hands, even many brains to do the imagining, become essential. It's a process, and it will be a slow one, to re-imagine and reclaim the farm, but with enough guidance, we should be alright.
Posted by Amy Bradstreet at 7:14 PM